International Conference on Public Policy and Management 2023 (Code: ICPPM 2023) is being organized by the Centre for Public Policy, Chandragupt Institute of Management Patna at its sprawling campus in Patna. The objective of the conference is to bring together various stakeholders of public policy viz., the executive, legislature, bureaucracy, judiciary, academicians, researchers, policy advocacy agencies, NGOs, industry, and all concerned from India and abroad to share their knowledge-expertise-experience on various dimensions of Public Policy to spur contemporary research and policy interventions for enhanced effectiveness, applicability and governance. The conference aims to provide a common platform for the exchange of the latest advancements, creative views and insights on recent trends and challenges in the domain of public policy. 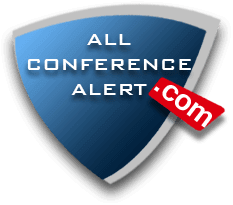 Public Policy is a set of guiding principles or a proposed course of action, often unwritten, upon which the laws concerning the public and the society at large are based, enacted, implemented, evaluated, and analyzed. It is a set of decisions and concomitant actions to pursue certain goals and objectives related to societal welfare and thus necessitating a close-knit interactive relationship at different levels between the various stakeholders--- the executive, legislature, bureaucracy, judiciary, academia, policy/advocacy agencies, interest groups, quasi-governmental organizations (QGOs), non-governmental organizations (NGOs), industry, and the private and the ‘third’ sectors.

Since time immemorial India has been the “Vishwa Guru” and concomitantly commanded the global locus of control across various dimensions of human development--- knowledge, culture, economy, spirituality, social welfare, and the like. The Indian economy was the world’s largest and the most productive until the British subjugation. After its independence, the largest democracy in the world embarked on the ambitious task of resurrecting its glorious past and emerged as one of the fastest-growing economies. India strongly believes that in the 21st century, an India deprived of gainful opportunities necessary for the flourishing of a young and emergent India will prove to be an impediment to the development of human capital and preservation of global security. During the later years of the last decade and through the years of this decade, India has witnessed a radical policy metamorphosis across various dimensions; be it political, socio-economic, scientific, internal security, defence, or otherwise; and emerged as a geopolitical and economic giant. However, the key to sustaining the growth momentum and realizing its full potential lies in reaping and leveraging the rich demographic dividend of the country.

The mnemonics of the digital era indicate that an exemplary Public Policy mechanism must be user-centric, evidence-based, and data-driven based on the existing data, evidence, rational analysis, and must leverage emerging technologies like Artificial Intelligence (AI), Big Data, and Data Analytics to gain new insights, crystallize problems and their effective solutions and make informed public policy interventions contributing to societal development. Data-driven policy-making aims.

It is in this context the 1st International Conference on Public Policy and Management (ICPPM-I) is being organized by the Centre for Public Policy (CPP), Chandragupt Institute of Management Patna (CIMP) on 03rd April 2023. The reflections from this conference are expected to ultimately lead to a more informed, responsible, and inclusive public policy intervention mechanism which may help unfathom the hitherto unexplored larger landscapes of the public policy vis-à-vis the existing myopic prospects-perspectives propelling a fast-tracked, inclusive, and sustainable societal development.

Research papers are invited on various aspects of Public Policy under the following tracks/themes, but not limited to:

Chandragupt Institute of Management Patna was inaugurated in 2008 by His Excellency the then Vice-President of India, Md. Hamid Ansari, as the dream-project of Hon’ble Chief Minister of Bihar, Shri Nitish Kumar to resurrect the ancient educational glory of Bihar. It is an autonomous institute of excellence in management education, consulting and research set up by the Government of Bihar on the lines of Indian Institutes of Management (IIMs). CIMP offers full time AICTE Approved, NBA accredited and AIU recognized Post-Graduate Diploma in Management programme; full-time AICTE approved Fellow (Doctoral) Programme in Management (FPM) and Executive Programme in Management (EXPM). Apart from this, CIMP also provides short-term Training Programme, Research and Consulting services for various departments, agencies and bodies of the government and the corporate.

Abstracts and Full Papers are to be submitted as an MS Word document only conforming to the following guidelines:

The best paper selected by a panel of experts at the conference will be eligible for the Best Paper Award of Rs. 10,000 and a citation.

GUIDELINES FOR THE PARTICIPANTS

HOW TO REACH CIMP